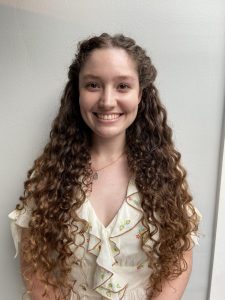 After reading the novel El hombre del acordeón by Marcio Veloz Maggiolo, I was curious to learn more about the history of the Dominican Republic in relation to music. Trujillo’s dictatorship and the tragedy of the Parsley Massacre left a scar of systemic racism on the island and ingrained in the population the notion that European standards of beauty were superior to the dark skin and natural curls of the Dominican and Haitian peoples. Just as Trujillo used merengue as a symbolic weapon during his dictatorship, music continues to be a political device in the country as the racist ideologies he instilled are present in the lyrics of popular songs years after his death. Whether the bias is conscious or not, curly hair is often perceived as “dirty” or “less professional” than straight hair, and many women relax their hair with heat and chemicals to avoid this discrimination, but Dominican women are at the forefront of a social movement which empowers others to wear their natural hair with pride. More than a preference of style, the choice of a Dominican woman to wear her natural hair is a decolonial amplification of her cultural roots, a resistance to conform to another’s standards, and an embracement of her natural beauty. Through the activist work of entrepreneurs, musicians, and academics in the Dominican Republic, this social movement is growing to encourage others throughout the Caribbean and in the diaspora to embrace the beauty of their natural hair and the cultural identity that it represents.